Results: Which landing page format won in December, but lost in January?

Version A – Landing page for a magazine subscription, with longer copy
Version B – Similar landing page, but with shorter copy 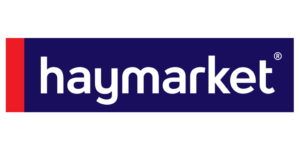 Interestingly, the shorter landing page copy won in December, but lost in January.

Read on to learn more about the effect of seasonality in testing. . .

Haymarket Publishing UK is a privately-owned media company, with dozens of print and online publications, across a variety of industry verticals.

Working with the digital optimization agency, House of Kaizen, the team wanted to determine if the effectiveness of a landing page offer was affected by the time of year.

The landing page was crafted for a magazine subscription to Inside United, the official magazine of the Manchester United football team.

The value proposition within the landing page was tailored to resonate with Manchester United sports fans.

As the team observed browsing behavior, they suspected a different audience was landing on the page before Christmas – shopping for holidays gifts others. But, after Christmas, visitors were likely looking to purchase the subscription for themselves.

In contrast, once the holidays were over, users were likely looking to purchase the magazine subscription for themselves. As avid Manchester fans, shoppers would want more information about the magazine. A longer landing page would, therefore, work best.

However, the team also considered the opposite effect could hold true. So, decided to put the landing page design to the test.

To test the effect of changing the landing page, two different offers were created and compared.

Performance of the two landing pages was assessed both during the Christmas holiday season, and after the holidays, in January.

Visitors either saw the longer landing page, which looked like this: 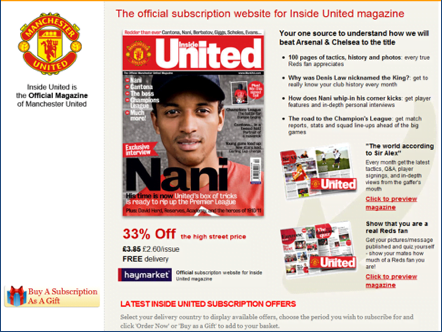 Or, the shorter, more direct landing page offer, which looked like this: 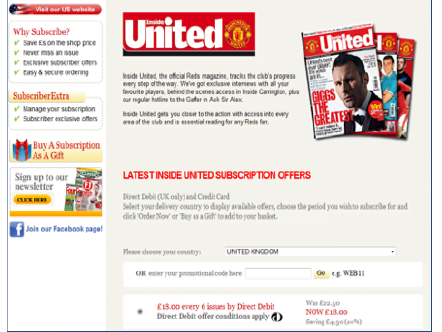 Add to cart clicks were tracked on both landing pages, across the entire time period of the study.

Winner: Version B – during the holiday season, the landing page offer with the shorter copy was the standout winner.

In the run up to Christmas, the shorter version saw a 14.29% increase in add to cart clicks, compared to the longer version.

However, in the post-Christmas period, the longer format actually won, increasing add to cart conversions by a strong 25.74%.


How Trustworthy Are The Results?

Although the study presents a very interesting perspective, examining the effect of seasonality with different audience segments, results must be taken with a grain of salt.

Unfortunately, no sample size or confidence level were reported for this test. As such, the study only anecdotally suggests seasonal factors impacted users’ purchase behavior. Additional testing is needed to confirm the validity of this assumption.

Why did one landing page perform better than another during different months? There are likely a couple reasons:

1. Seasonality can impact who is purchasing on the site

During the holidays visitors might, for example, be primarily paid traffic users who are urgently looking for a gift, but would never visit the site otherwise.

These visitors will behave much differently than regular clientele who organically find the site.

As such, it’s important to assess whether visitor segments to a site differ during certain times of year, like the holidays.

In this study, most web visitors coming to the subscription site during the holiday season were probably not the product consumer; they were buying a gift for someone else.

Because they weren’t heavily invested in the purchase, they didn’t need to navigate through longer copy to become persuaded. Rather, they likely just wanted to make the purchase, and get on with their busy holiday shopping list.

After Christmas, however, everything changed.

Visitors landing on the page were no longer primarily buying for others. They were the end-users. The longer, more detailed copy provided value for fans who needed that extra nudge to decide whether to spring for the magazine subscription.

This study shows, running a test without comparing different audiences, across different time periods, could lead to conversion losses.

Seasonality isn’t just about the holidays, however.

Depending on the type of business, you may find different consumer segments, from different locations, visit your site during different time periods.

For example, if you selling boating products on site, your audience may primarily be from warm, sunny Southern climates during the winter, but expand to more Northern locations in the summer.

If your audience changes over the seasons, you’ll want to consider demographic and geolocation factors over the entire year, and across the sample population. Failing to do so could greatly skew your test results, and impact of your sales the remainder of the year.

As well, when testing, it’s important to take into account purchase patterns and buying cycles.

If you run a credit financing site, visits may spike in the period leading up to the holidays, but drop markedly post-holidays. Since you’ll want a representative sample of how all users behave, you’ll want to take this timing into account when planning your testing timeframe.

Additionally, if your sales cycle is two months, for example, but you’re only testing for two weeks, you won’t get a full and accurate picture of how your products are performing. In this case, you might want to extend your testing timeframe to cover your full sales cycle.

All in all, the best tests are ones that win — and results hold true all year long!

Seasonal factors can influence who your users are, where they come from, and why they’re buying.

Incorporating seasonal factors into your testing timeframe can help you ensure your testing gains hold true – across the entire year.

Why do you think the landing with the shorter copy won in the lead-up to the holidays, but later lost?

3
COMMENTS: Tell Us Your Thoughts.

I guessed correctly Deborah. Only by applying my own panic-like buying patterns when buying gifts and comparing it to a more relaxed, voucher-laden January Owen.

LOL! Seems you’re not alone in your buying patterns. Well done on guessing the right test. Hope you have a wonderful, relaxing holiday and have gotten all the panic-mode gifts out of the way. 🙂

When’s the highest converting time to send an email?